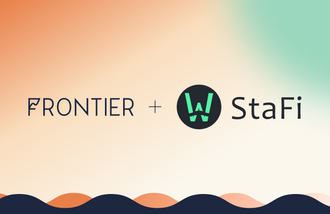 The Rise of PoS Staking

Staking as a concept was first introduced in Peercoin (PPC) by Sunny King and Scott Nadal back in 2013 to solve the issues with bitcoin's high energy consumption.

The concept introduced was simple. In order to participate in the network, the user has to stake tokens and get rewarded for providing security to the network.

Over time, PoS Networks gained a lot of popularity as it removed the entry barrier for people who could not afford expensive hardware to mine and a better alternative to PoW as it solved the high energy consumption issues.

Today, Over 100+ projects have adopted PoS as a consensus mechanism that allows users to stake coins, secure networks, and earn rewards. According to Staking rewards, At PR time, The staking market cap was around 23 billion dollars which consist of Top 30 market caps projects such as Tezos, Cosmos, Algorand, IOST, EOS, and many more.

The liquidity Dilemma is still an issue.

In PoS networks, the network participants have to lock in Assets to earn rewards and secure the network. And if the participants want to un-stake the Cool-Down period for multiple PoS chain range somewhere around 7- 21 days where the Tokens/Asset staked are in the Un-bounding period and no rewards are generated.

Stafi Protocol solves the liquidity issues by introducing Liquid staking, which enables users to stake on the PoS chain, earn rewards, secure the network, and also remain 100% liquid at the same.

Stafi introduces rTokens – a reward-bearing token, which can be used to sell it on secondary markets and hedge against the positions without having to go through the unlocking period.

Frontier Wallet is a one-stop Defi wallet that help users manage their assets more efficiently. With the integration of staking derivatives, Frontier will further expand the choices of users and evolve into an integrated portal for DeFi. Users of Frontier will also save great time and energy on all operations related to tokens, be it transaction, financial management or asset management. They will only need to tap the screen of their smartphones. It is a win-win cooperation between Stafi and Frontier.

We believe that DeFi will be blockchain agnostic. With Polkadot introducing True interoperability which enables cross-blockchain transfers of any data or asset, not just tokens. DeFi dApps built on top of these chains can access and share liquidity across multiple blockchains.

Partnering with Stafi Protocol is the first step for us to enter into the Polkadot DeFi ecosystem. As a user-faced DeFi product, we will work with more DeFi projects in the Polkadot ecosystem, becoming the DeFi Aggregation layer for multiple blockchains.

Stafi is a decentralized protocol for Staking derivatives that aim at providing liquidity for Staking assets. Stafi provides rToken, a derivative, based on Staking Token, solving the liquidity issue of locked tokens. With Stafi, users can enjoy Staking earnings and liquidity at the same time. The holder of rToken will enjoy the rights of redemption and the yield of pegged Staking Token. In other words, Stafi releases the locked PoS tokens, pouring them into DeFi world in the form of rToken.

At the beginning of 2020, Stafi was invested by Web3 foundation. It rolled out the testnet Seiya on Jul 1. Up to now, there are more than 200 validator nodes on Seiya, ranking 3rd in all Polkadot networks. Recently, Stafi launched incentivized testnet Sitara.